This section shows lacqueres named Japanese lacquers objects coated with Urushi, which is the rarest lacquer in Japan.

Urushi is a reworked nymph of a plant [Rhus verniciflua] grown in Japan which produces the rare lacquer by the same name known all over the world.

The tradition of lacquer objects goes back to an age before the Jomon period that is about 5.500 yeas ago as it is testified by the recovering of objects in the Shimahama Tomb in the Fukui Prefecture.

Urushi is collected only from June to July and obtained from regular parallel cuts etched on the bark of the tree, deep enough to let the lymph (raw Urushi) flow; only 200 grams of raw Urushi lymph can be collected and only within a 14 to 15 year- time span. These are all factors which establish its rarity and its high commercial value. 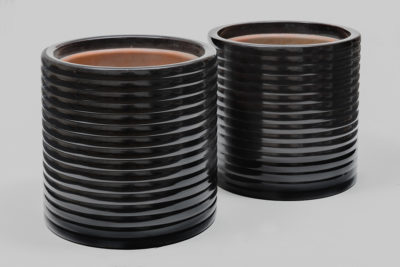 A PAIR OF HIBACHI

A PAIR OF HIBACHI 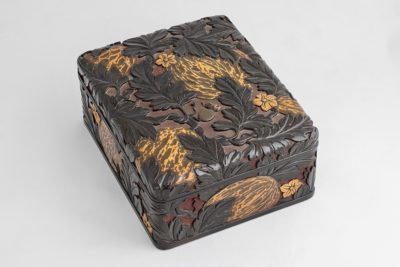